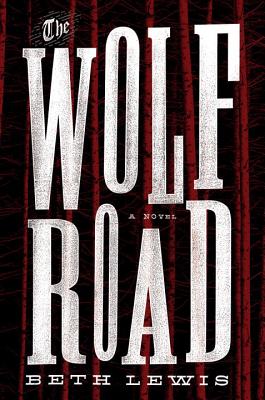 Terrifying, gripping, and raggedly beautiful, The Wolf Road by Beth Lewis is this year’s most thrilling post-apocalyptic novel. With a heroine as gruff and chilling as the book’s villain and a plot twisted and muddled with murder, lies, and disparagement, Lewis draws you in from page one.

Elka has been raised by her pseudo father Trapper in a hut in the woods since she was seven years old. That’s when the Thunderhead took her away from her home and the only family she knew. The rules with Trapper are: don’t ask, don’t speak about Trapper to anyone, and survival is the most important thing. Learning to hunt and survive in the wild with Trapper’s help, Elka soon forgets her old life in the village with her Nana and her letters – she hated them both anyway. In the wild, she is more herself, more at home. And with the man she calls Daddy, she is safe.

That is, until ten years later when she goes into a nearby town one day and finds pictures of Trapper’s face plastered all over the walls of the town; pictures with a price on his head. What could he have done? The magistrate claims murder, but Elka can’t believe it. How could she not know that Trapper was a murderer? All those years – ten years with him – she’d have to know.

Suddenly, Elka is propelled into a world fiercer than the one she has known these past ten years. On a hunt to uncover the truth and bring justice and light to the lies hiding in her past, Elka embarks on journey riddled with trial after trial. Testing the limits of her strength, her humanity, and her individuality, Elka struggles against the powers of nature, the law, and herself.

Told in a wild and uniquely brusque voice, Lewis captures language in a post-apocalyptic world nearly perfectly. Lewis uses slang and names for things such “the Great Stupid” for war which give The Wolf Road an edge beyond the present. There are times though that Lewis slips in language that points to knowledge that Elka can’t seem to have based on her upbringing and isolation. Words like “Charger.” These moments are far and few between, and on the whole The Wolf Road is a beautiful and blunt novel.

Published by Crown Publishing and released in July of 2016, The Wolf Road is available for purchase at your local bookstore.