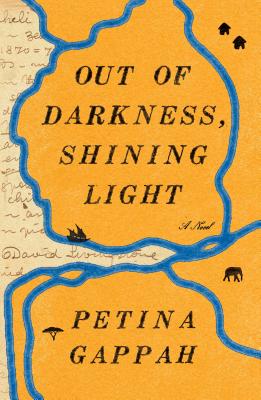 Racism, misogyny and the ironies that arise from situations in which we “do right” are just a few of the topics taken on in Petina Gappah’s new novel Out of Darkness, Shining Light.

A historical novel that fictionalizes the actual removal of a missionary and doctor’s body out of Africa in the late 1800s, Out of Darkness, Shining Light is told from two unexpected perspectives. One is Halima, Doctor David Livingston’s cook, and the other is Jacob Wainwright, a freed slave and a Christian. Through these two narrators, we are afforded a glimpse into the harrowing journey of the group that literally carried Livingstone to the edge of the Earth.

While the frame of the novel centers around Livingstone’s removal from Africa, the core of the book gets at much deeper themes. Halima is a slave who is maybe not a slave, who is treated like the woman she is: not as worthy, intelligent, or capable as her male counterparts. She is chastised for having feelings towards another man when her partner is abusive, and their union is forced. She is made fun of for loving a child that isn’t hers. She’s told she can never own a house even if she is free one day, simply because she’s a woman. And yet, it’s Halima who provides for the group. Halima who in the end is shown to be the strongest of all.

Jacob Wainwright on the other hand, the pious Christian that he is, denounces the savagery of his countrymen and aims to convert all of Africa to the one true religion: Christianity. He parallels his savage counterparts in his treatment and view of women as inherently evil, in his blasé reflections on punishment and death, and in his othering of all who are not what he sees as the ideal. And yet, he in many ways is a victim of his circumstances: stolen as a child, shipped across the sea, and taught the white man’s view of white vs. wrong.

A cutting, funny, and most often horrifying novel, Petina Gappah’s Out of Darkness, Shining Light is a beautiful and soulful book that tells a story that desperately needs to be told.

Slated for release by Scribner Books on September 10, 2019, you can preorder a copy of Out of Darkness, Shining Lightby Petina Gappah at your local independent bookstore.