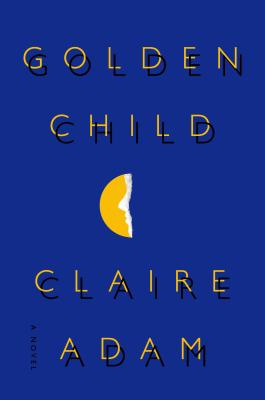 The Golden Child by Claire Adams is the latest release from SJP, Sarah Jessica Parker’s new sub-imprint within Hogarth. The Golden Child is the story of a family living in modern-day Trinidad and grappling with issues of love, family, and disability.

Peter and Paul are twins. Peter is the smart one. Paul is the different one. After a complication at birth, Paul’s family writes him off as being disabled, and they never leave an opportunity for him to forget it. He goes through life always measured against his brother’s successes as his family tries their best to ignore any strength of Paul’s that might be different from what their culture, their world, and they have told themselves is worthy.

Not long after the family’s house gets robbed, Paul goes missing. His father shoos away the thought that anything bad has happened, chalking up Paul’s absence to late night partying and being a teenager. When Paul’s kidnappers call the next day with a ransom price though, the boys’ father is faced with a choice of saving the life of his less than perfect son or saving the financial future of his perfect son.

An absolutely heart wrenching and infuriating novel, The Golden Child, reveals what a lot of us don’t want to remember exists in our world: hatred, greed, and a lack of compassion. If you’re looking for a fast and easy read without that quintessential happy ending, The Golden Child might be just what you need.

Slated for release in January of 2019, you can preorder a copy of The Golden Child by Claire Adams at your local bookstore.