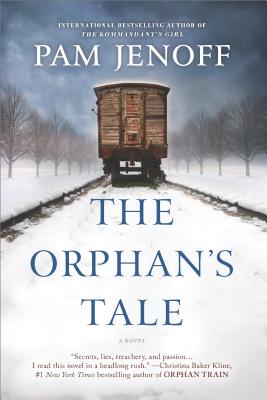 Noa is an outcast who works in a railway station in Germany in the mid-1940s. She has been excommunicated by her parents for sleeping with a German soldier and becoming pregnant. After being forced to give up her child, Noa finds refuge working in the station until she comes across a train car headed east towards the notorious “camps.” She usually ignores the goings on in the station, but something draws her to the car. Inside she finds piles of living, dead, and near dead infants on their way to what end she can’t imagine. In a flurry of desperation, empathy and remorse for her own lost child, Noa takes a baby: a Jew. But now she must run.

Astrid is also an outcast. A Jew who had married an officer of the Reich but was kicked out of their home after he received an order to divorce Astrid. She is now back to the life she always knew: the life of the circus. Things are going as well as they can be going for a Jew hiding during World War Two, until Noa shows up at the circus.

Now the two women are both seeking refuge under the guise of the circus’ act. At first enemies, the two women learn to care for one another in the ways that no one else can. A story of love, betrayal, hope and loss, The Orphan’s Tale is nearly impossible to put down. Jenoff’s fast-paced narrative style propels the reader into the worlds of both Astrid and Noa with a verve and emotive quality that is all encompassing.

Based on historical research, The Orphan’s Tale is a book of fiction, but Jenoff considers the book a tribute to those whom she based the tale off of.

Slated for release by HarperCollins Publishers on February 21, 2017, The Orphan’s Tale is available for preorder at your local bookstore.