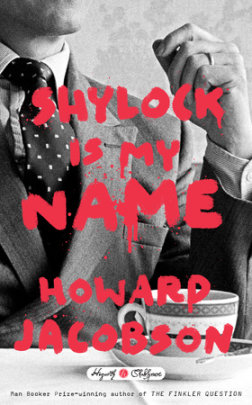 A modern retelling of William Shakespeare’s The Merchant of Venice finds the perfect balance of traditional and contemporary in Howard Jacobson’s Shylock Is My Name.

Jacobson’s novel follows Simon Strulovich, a character in the image of Shakespeare’s Shylock himself: a man who feels he is on the verge of losing everything, including his daughter, his respect, and his wealth. Mirrored by Shylock, a fellow man of Jewish descent that Strulovich meets in a cemetery, the two characters stroll through the pages of Jacobson’s novel sometimes almost as a single unit, sometimes as the perfect antagonist to one another.

After Strulovich and Shylock meet in the cemetery, they proceed to spend the rest of the novel mostly discussing the very similar situations in which they find themselves. Both feel abandoned by daughters who have chosen Christian men as lovers, both have wives who are not fully present, both feel the weight of anti-Semitism that surrounds them, and both struggle to fit themselves into a world they understand as specifically anti-Jewish when they themselves don’t always align with Jewish heritage, culture or religion.

The irony, facetiousness, and comedy bound up in many of the very serious topics at hand, imbues Jacobson’s novel with an air of Shakespearean wit. While exploring themes of materialism, collective culture, the irony of malice and revenge, as well as the importance of relationships both familial and plutonic, Jacobson is able to move with a grace and ease that make the topics, though heavy, somehow more digestible. The prose itself is near poetic, and any Shakespeare fan will not only be thrilled by meeting numerous Shakespearean characters, but also by the many borrowed lines and plot points as well.

Despite all of the Shakespearean references, allusions, and outright proclamations, Shylock Is My Name is a book that could be enjoyable to any population. The themes explored, the power of the prose, and the depth of the characters make for a deeply moving, hilarious, and frustration inducing novel.

Published by Hogarth Press in 2016, Shylock Is My Name is available for purchase at your local bookstore.