Alexander chronicles the ways throughout history in which black people have been thought of as hardly human, pointing to these historical viewpoints as the basis from which we still understand race today. While the Constitution may not label a person of color as 3/5 of a human anymore, that sentiment still reigns in the minds of white America because of our history. We have been taught time and again that black people are not fully human, that black children are men (not boys), that black people themselves are to blame for the poverty, crime, and lack of education that plague so many of their communities. Alexander reminds us that black people were brought to this country as property, thought of as subhuman, and within that historical context have never regained the status of being fully human in the eyes of our culture at large.

While Alexander highlights so many truths in her book, one might ask, so what? We know this. How many books on race and racial inequities have been published in the past decade; how many have been lauded since the 2020 riots? And while my response would be “never enough,” I would also note that Alexander does something wholly different with The Trayvon Generation. She draws in poets, photographers, and black artists of all kinds to illustrate her argument that it is art that might have the power to save us as a nation and a collective people.

Through art, black people have asserted their humanity, their hope, their struggle, in ways that future generations can see, be inspired by, and build from. In each chapter and section of the book, Alexander showcases artists’ work and details the ways in which that work has functioned to both teach and arouse action.

The Trayvon Generation is a lesson in art, history, and social justice told with the poetic verve only Alexander could deliver. An absolute must read for all Americans, I couldn’t recommend this book enough.

Slated for publication by Grand Central Publishing in April of 2022, you can preorder a copy of Elizabeth Alexander’s The Trayvon Generation from your local independent bookstore today. 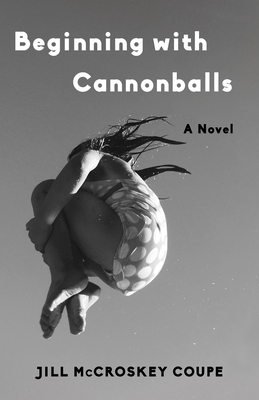 Beginning with Cannonballs by Jill McCroskey Coupe tells the story of two childhood friends growing up together. Divisions of race, class, and ideology deign to keep Hanna and Gail apart, but they keep finding their way back to one another. Across the expanse of time, the two main characters fight to both reunite and divide themselves as they grow from girls into women with husbands and children of their own. Each finds out things about one another, their parents, and their own children as they live and learn together.

The book takes on important and timeless issues of race, racism, and cultural shifts in America.

Slated for release by She Writes Press in May of 2020, you can preorder a copy of Beginning with Cannonballs by Jill McCroskey Coupe at your local independent bookstore.

Please remember during these tough times for our economy to still order your books from your local independent bookstore! Help support local businesses during covid-19!