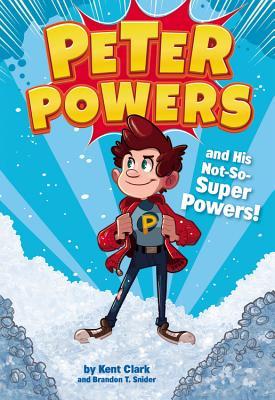 Peter is the middle child in a family of four, and not just an ordinary family of four, but a family of superheroes. Mocked by his siblings for his seemingly inane power – the ability to make ice cubes from his fingertips – Peter is pretty down in the dumps when we first meet him. He is looking for a way to prove himself, and his live-in grandfather, an ex-superhero himself, provides the perfect answer: Peter must defeat a supervillain.

So what does Peter do? He goes out in search of a supervillain. Captain Tornado is the targeted supervillain, and Peter, though not confident, is bold enough to confront Captain Tornado face to face. But what will happen? How will Peter stop Captain Tornado with just ice cubes? Oh, and what about getting the whole act by his superhero parents, who are bound to show up on the scene?

Peter Powers and His Not-So-Super Powers is a fun and fast paced read for people of all ages. While author Brandon T. Snider targets children ages 8-12, the book is also a great read for parents, teachers, or people who just love middle grade fiction. The themes and morals taught about self-acceptance, patience, and dealing with the annoying and frustrating aspects of life are pertinent for any child in middle school and any person who works with children period.

Peter Powers and His Not-So-Super Powers is slated for release by Hachette Book Group in October of 2016. You can preorder a copy at your local bookstore. 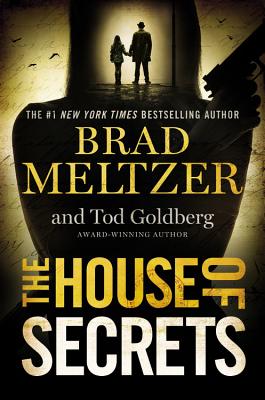 Every mystery needs to be solved. That’s what Jack Nash told his daughter Hazel when she was a child, and that’s what sticks in Hazel’s head after she wakes up in a hospital with nearly no memory of her former life. Through Hazel, Jack and other characters, Brad Meltzer and Todd Goldberg take readers on a wild ride through a myriad of conspiracies and mysteries in their latest novel The House of Secrets.

Jack Nash was a reality TV superhero: the host of a conspiracy television show called House of Secrets. Now, Jack Nash is dead after the car accident that Hazel and her brother Skip were involved in too. But, not only is Jack dead, two other mysterious men, potentially involved with Hazel, Jack, and Skip are also dead, or so Agent Rabkin says. Strangest of all, the other two men were found with bibles in their chests…odd that Jack told Hazel a similar story in her youth: a story of a deceased man found with Benedict Arnold’s bible buried in his chest.

Hazel is compelled to live by her father’s rules and solve the many mysteries surrounding not only the death of her father, but of who she is, and if she had anything to do with the murders that have been committed. Who can Hazel trust? Who does she really know? Who was she? As Hazel delves further into her father’s past and her own, she begins to uncover things about her father and herself that she wishes she had never found, yet she can’t stop herself. She needs to solve the mysteries.

Meltzer and Goldberg create a fantastic and terrifying mystery that is driven not only by plot, but by the intimate characters woven within that plot as well. From The Bear, a terrifying (we think) bad guy, to Butchie, Hazel’s only friend and a sometimes criminal, the reader can’t help but become enthralled in each storyline, waiting for the moment when they all converge.

Meltzer and Goldberg also bring in deeper themes and questions revolving around ideas of being able to change oneself, the importance of family, and forgiveness.

An exhilarating and chilling read, Meltzer and Goldberg’s The House of Secrets is worth the 352 pages of reading, or 10 hours of listening.

The House of Secrets audio book was released by Hachette Book Group on June 7, 2016. You can find the hardcopy or audio version at your local bookstore.

FTC Disclaimer: This audiobook was given to me in return for a fair and honest review of the text.