Gint Aras’ newest release, Relief by Execution, is an essay about cultural community, universal calamity, and the power of transformation.

Aras begins his long-form essay with an introduction to himself: the son of Lithuanian refugees living in a segregated neighborhood in Chicago. We learn of the unsurprising racism in Aras’ neighborhood and his family’s equally racist attitudes. We learn of Aras’ own brushes with brutality by the hands of his father, and we learn that Aras is interested in the complicated relationship between Christian and Jewish Lithuanians.’

At first the story seems jumbled, a mix of interesting and horrifying events that don’t quite piece together. That is until, Aras embarks on his own adventure to his homeland and feels at odds with visiting the concentration camps in Europe, but why? Aras admits that it’s not because he’s afraid of being emotionally affected by the atrocities committed against humanity; instead, he’s afraid of being excited by them. His family’s racist past, his own firsthand experiences with abuse, and eventually his post-traumatic stress disorder involving those experiences haunts him into believing he might be as bad as those he judges from afar.

Aras’ story is one of healing and acceptance but not of giving in, of forgiving, or of letting go. Aras’ does none of those things as he draws the story full circle from the Holocaust to his own experiences. Instead, he provides an inspiring reinterpretation of what it means to be both a victim and an abuser. The issues of nature versus nurture battle hard in Relief by Executionas Aras’ struggles with both pulls. Is it his nature to feel violent and maladaptive thoughts, or was it his upbringing that instilled these values?

A beautifully crafted and poetic essay that deals with multiple big-ticket issues in a cohesive and fluent way, Gint Aras’ Relief by Execution is a pocket-sized must-read.

Slated for release by Homebound Publications on October 9, 2019, you can preorder a copy of the book from your local bookstore today. 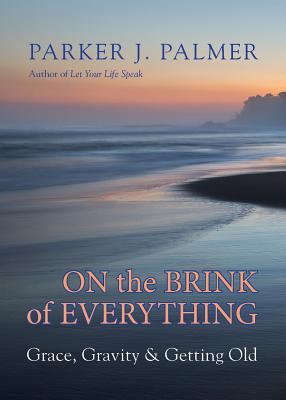 On the Brink of Everything: Grace, Gravity, & Getting Old by Parker J. Palmer, is a collection of essays, poems, and stories that tell of Palmer’s coming into old age. Palmer’s main themes surround issues such as: living a full life, finding your vocation, being grateful, understanding life’s lessons, and making the choice to be happy despite your circumstances.

Palmer breaks his book up into seven distinct parts, each with a different message related to aging. Throughout On the Brink of Everything, Palmer shares personal experiences, mostly revolving around his career, his vocation as a writer, and his spiritual leanings as a devout Quaker.

Many of Palmer’s musing may resonate with people young and old, but readers who are unfamiliar with his work should be warned that On the Brink of Everything is heavily leaden with spiritual and didactic lessons that may also feel burdensome.

Released by Berrett-Koehler Publishers on June 26, 2018, you can purchase a copy of On the Brink of Everything: Grace, Gravity, & Getting Old by Parker J. Palmer at your local bookstore.